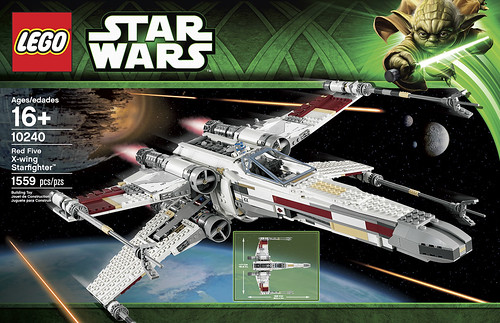 Internet Drama. It’s a thing. This is the time line of how the leak broke out as far as I can understand it:

So we waited for the official embargo lift time, which was 1pm PST, only to realize that somewhere along that time line, Jan Beyer of the official LEGO Community Team blog went ahead and posted pics of the model anyway. Pic was presumably taken at the LEGO World event yesterday.

not really; one of each UCS ship is enough(the exception being my 2 UCS falcons(1 lit interior version; one not)