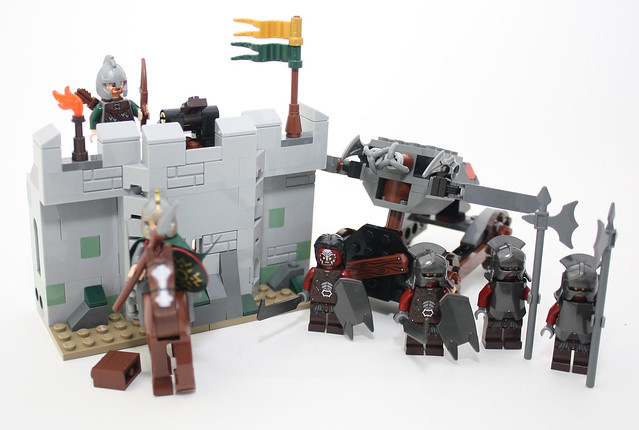 After reviewing Helm's Deep, I had fully intended to review the small army-builder companion set, Uruk-hai army. Life (and laziness) are kind of funny like that. Since that time, we've gotten a new wave of Hobbit sets, the release of the movie, and renewed focus on the line.

At $30, The Uruk-Hai army is prime army builder fodder. While more expensive than a battle pack, it offers some full set features, and is designed to stick on the side of Helm's Deep. So, does the value really stack up? $30 is the new $20 in the world of LEGO sets. The days of the $10 and $15 fodder sets to build up your collections is, sadly, gone. This price-point is the new low-end builder sets that can beef up your collection and parts. So, if you're one of those people (like me) that always wants to build the full army for Helm's Deep, or perhaps make a diorama of the Emperor's arrival (which I should have bought the UCS shuttle for), it means a lot of money into sets like this.

The set was designed to extend the wall of Helm's Deep, past the explosion section. Theoretically, you could put multiple sections and make a really long, low wall I suppose, but really, this set is more about parts after the first section. Despite the name, we do also get some Rohan in the set, with Éomer, leader of the Rohirrim, and a nameless soldier for the sake of this review, we're going to call Carl. 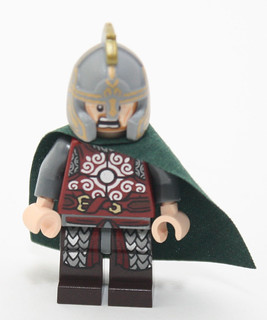 Eomer is a good generic figure (and in the movies, was a good generic character). While he's a named figure, there's nothing about him that makes it all that unique, so take off the cape or make a few small changes and you have another decent army-builder figure. 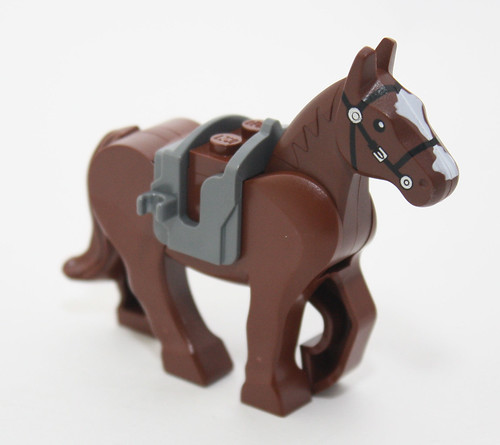 As a bonus, we do get one of the new horses, which I still like in black more than brown, but I'm starting to come around on it. 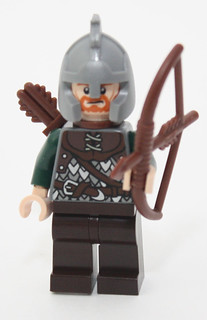 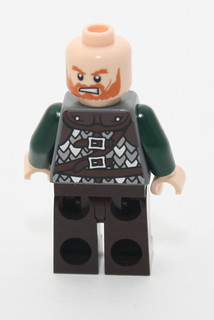 Carl is more of the same, a soldier like we got with Helm's Deep here for the slaughter. What was always odd about these sets is that the soldiers we get are full-on soldiers. Most of the soldiers in the battle, however, were conscripts and leftovers. Give me a little kid in some chain mail or an old guy that's wearing some raggedy leather. That'd fit more in the battle.

In the end, both are capable army-builder type figures that can augment castle and Lord of the Rings stuff alike. What's nice is that you can just swap out the head and hands for yellow and drop these into any castle scene out there. Always nice when the flesh colors aren't printed on the torsos...

For the namesake of the set (though one can debate four being called an army... it's not even a basketball team; it's more like doubles tennis), we have lots of Uruk-hai. Really, it's just the same guy four times, with different combinations of equipment and using the alternate face. These are the same as in Helm's Deep, but this is a more economical way to get them, to be sure. One little quibble... I really wish the halberd was in the metallic grey, same as the rest of the armor and weapons. It just looks odd being dark grey next to the rest. 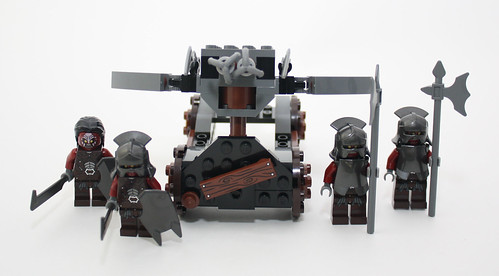 The Uruk-hai come with a balista, which was used to fire hooks and ropes at the wall. While bigger in the movie, there's only so much you can do with such a limited part set. But given that these guys are the focus, it would have been nice if more of the set was about them... maybe a climbing ladder or some other war machine. 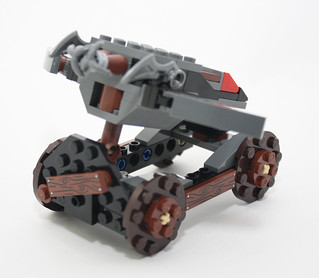 The machine itself is quite effective though. I like the use of round tiles instead of bricks for the wheels. That's a lot of utility in parts. All of the tiles on there are printed as well, which is a nice touch. But it really highlights that all of the rest of the LotR and Hobbit sets with wood patterns use stickers...

Here's the really weird thing though. I have a long record of hating flick-fire missiles, yet I like how they were used in this set. If there's a complaint, it's that I would have liked to see a string or something tied to them as a rope, because otherwise there's not much point to the hook. Otherwise, LEGO, after, I don't know, seventeen million tries (or so it seems, these things are everywheres), the made Flick-Fires work in a set. 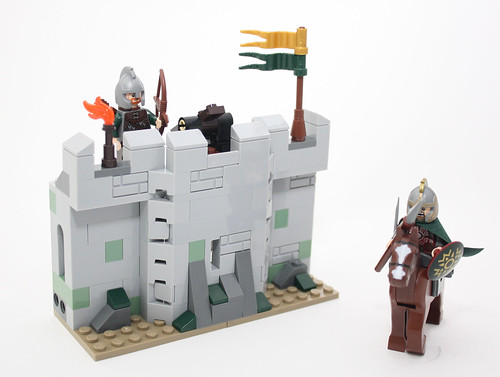 The bulk of the set though, is tied up in the small wall section to add on to Helm's Deep. It's built in the exact same style as the castle itself, so it looks seamless (though it does need something to connect it when you click it on). 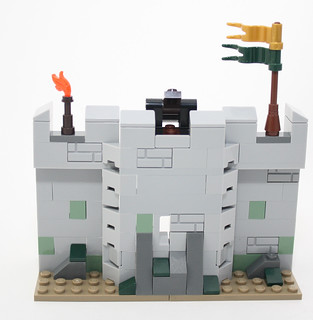 Front to back, it's a good little castle piece. You get some grooved bricks, if you're in to that (personally, I love them), but they're not overused. You also get a lot of other usable pieces for the castle building, and some sand green. The little catapult is small and mostly useless, but what can you do in a $30 set.

In the end, we get some outstanding value in this set. Six figures, all good army builders. This might be the only set I've ever built where I actually approve of flick-fires (though it'd be cool if there was string or something attached to them), and the bricks you get with the wall make for some outstanding castle-building parts.

Some part colors don't quite match

For a set called "Uruk-Hai Army," most of the focus is on the castle part...


Verdict: Buy it. More than once if you want good parts and value

this is a nifty little set ..I like the look of it
I could play with it for a good while before getting tired of it ...then most likely switch it around a bit and play some more ...haha

I still say they should make it so you can order just mini-figs....that way you could build an army fast with no "wasted" bricks ... lol

they have still not got this on the shelves here...well around in my area at least....I guessing it at the huge Toys R us in lasalle.... thats about a 1 hour bus ride for me ....the place is like a warehouse inside ....I gotten lost many times inside ....

i think the cheapest sets are only $9.99 us; if you want links to them let me know

no problem; i had a friend from a different forum send me the lego star wars board game cause i cant get it here in the US

that was very nice of them to do that for you ....

i traded one of my chrome vaders for the assistance; so thus it is kinda leaning in my favor still