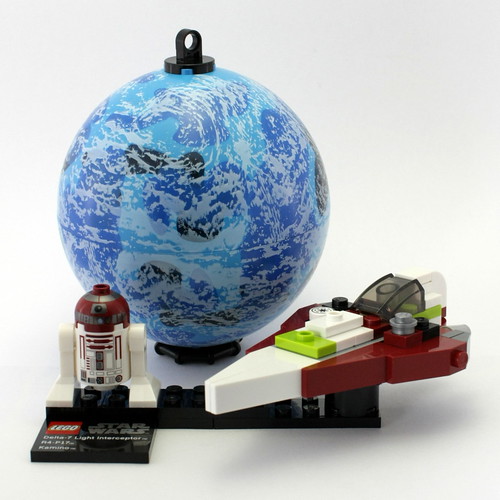 The first of the series 3 planet sets takes us on an intelligence gathering mission to Kamino in a Jedi Starfighter piloted by our beloved Jedi... R4-P17. Well, flying is for droids. 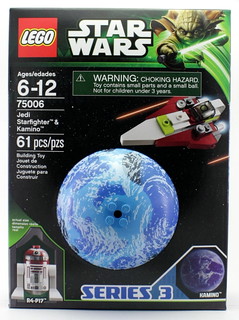 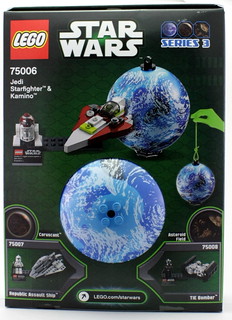 Digging right in, I have to say that while Kamino isn't my favourite I do like it quite a bit. The printing is very well done and the mirroring effect that comes with the use of two identical halves is not as obvious as it is with the other "Class M" or Earth-like planets thus far. 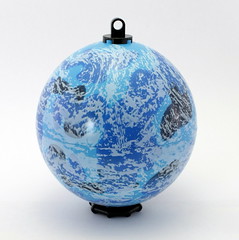 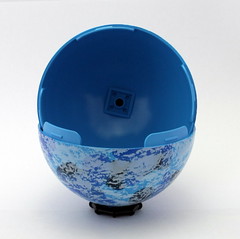 I was very disappointed by the cop out LEGO pulled on Yavin 4 and Bespin in series 2, representing them with random swirly paint jobs instead of nice clean print. Kudos that they seemed to have committed to printing with series 3 and 4 when the "asteroid field" and Hoth could have gone the swirly way with some random flecked roids for the former. 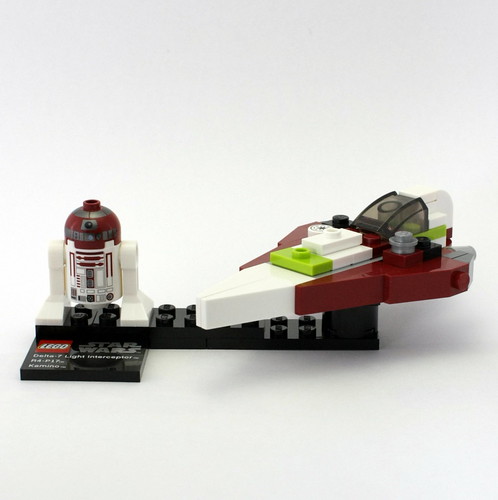 For those that display these on their desks or what-not, the aesthetic in this one is pretty great. They don't always colour co-ordinate the figs and ships. Thank Episode II's tendancy towards that trend for this slick little display. 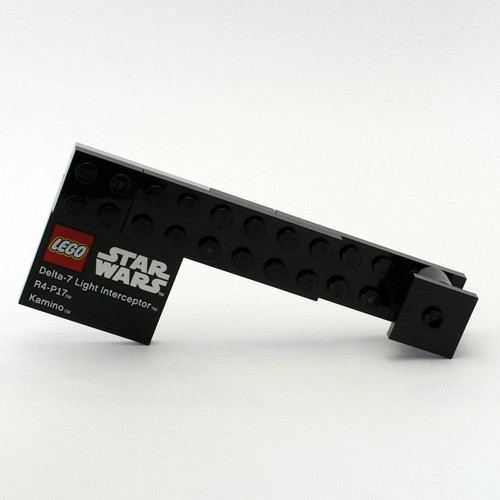 The stand is the exact same in each of the three sets in this series with the exception of the printed description tile, of course. It is nice to see they've settled on a standardized design for these sets when it'll work, though ships like the B-wing are always going to throw a monkey wrench into the mix. 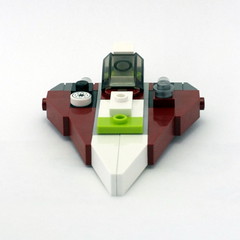 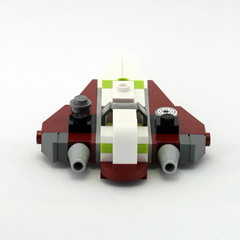 Moving on to the meat of the set and I use the term loosely, I was surprised to realize that the JSF hasn't been mini'd in a decade. It's a hell of an upgrade really and that's a lot easier to do when they leave a good span of time in between releases. It's just a mini, so no one has been clamouring for a re-release as is the case with larger sets that haven't been revisited in a long time. Sure it isn't perfect and there will be those that hold the fact that it doesn't slope down on the sides or the tail fin is too thick, etc. Overall I think it's great. They could have used a bunch of plates on hinges as they have so many times before (and in the next planet set), but they chose to use slopes and some nice little SNOT parts to pull it off. I love the printed 1x1 round tile and you get a spare as a bonus, which is always nice. Nice and symmetrical. The design has one flaw that bugs me, but it's fairly minor. Extremely minor if you aren't the type to leave your sets built and displayed, but definitely worth mentioning. The two white 1x4 slopes that make the nose are only connected to the ship by one stud each and not to each other at all. The way the side slopes are attached doesn't create enough friction to stop them from wiggling, so they have a tendency to get misaligned. 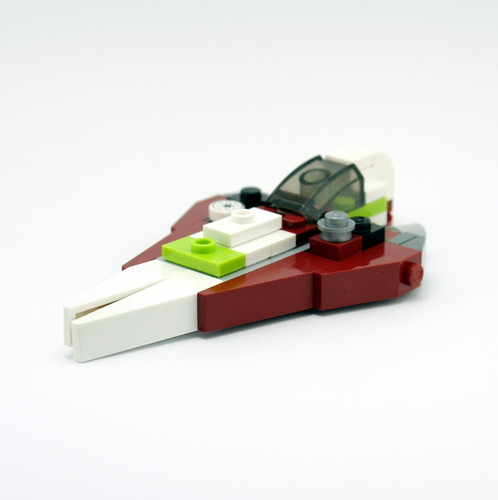 It is certainly not a deal breaker. I'd have to call this one a win for me. 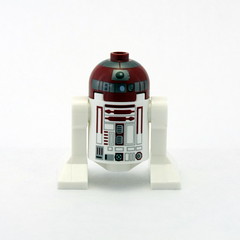 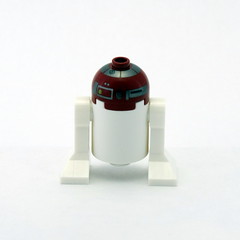 For the first time we get a droid instead of a minifigure and the new R4-P17 was certainly a welcomed addition to my astromecollection. Nice printing on this one, but that's pretty standard for these guys now. We've gotten a nearly full spectrum of characters now, with super generic ones like troopers and other pilots, rare specific ones like Sebulba and Lobot and exclusives as seen here. The only thing missing is an extremely popular fig like Solo or Boba Fett, so we'll have to see where this goes because it's obvious this line isn't specifically aimed towards army builders.

The planet has a good print and is a nice addition to the orrery I'll never build.

The JSF is a nice mini with a sweet printed 1x1 round tile.

The front of the JSF is a bit wobbly, but not bad really.

I suppose I could complain that we didn't get a Kaminoan.

this is a nice little set..

gosh ...they did do a nice print job..plant looks very "planet like" not a painted "ball" which is great.....

nice droid too ...I like that dark red color ..looks very dapper !!