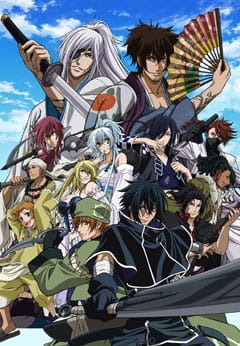 The anime adaptation of the manga Brave10 S which is written and illustrated by the mangaka Kairi Shimotsuki it is slated to begin airing in January 2012. Shimotsuki launched the Brave10 S (Spiral)