please note this series contains both mild language and nudity...viewer discretion is advised 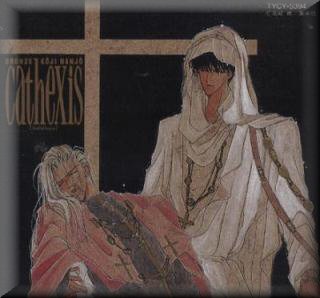 The plot concerns womanising rock idol Koji Nanjo (tall, long blonde hair), who has just been re-united with the person he fell madly in love with six years ago on sight, Takuto Izumi (shorter, brown hair). Unfortunately, Koji had been informed that Izumi was a girl, when the truth is that he's a boy, and a hostile, emotionally scarred boy at that. Naturally Koji is rather confused and it takes him a long time to come to terms with his feelings for Izumi. It takes Izumi longer still, partly because he is unsure of what he wants and partly because he doesn't want to fall in love with anyone, let alone Koji, who he initially dislikes intensely. Even when they finally do reach some kind of understanding, there are other problems to deal with, such as Koji's older brothers Hirose and Akihito, who are determined to split them up. Even those who do support them, including the insufferably cheerful Katsumi Shibuya, Koji's best friend and Koji's permanently anxious manager Toshiyuki Takasaka, cannot always be trusted to stay out of their affairs...
Vote for this anime

This OVA runs a single episode 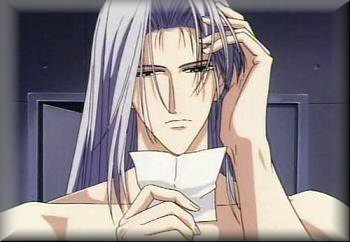 The story of mega-famous pop star Koji and his surprising but desperate love for soccer player Izumi is told in a long serial manga by Minami Ozaki, as well as two one-hour OAVs: Zetsuai 89 and Bronze. Their love for each other is obsessive, complete, total, and sometimes frightening in its intensity.

Bronze is the second OVA, set a few years after Zetsuai, and drawn in a different style. The voice actors, however, are the same..
Vote for this anime


This OVA runs a single episode 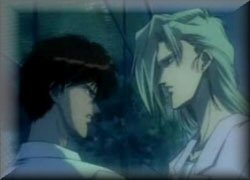 oji Nanjo was a famous rock idol who went through life without caring for anybody, with one exception: When he was in fifth grade, he watched a wild-eyed boy playing soccer. The image of that boy's intensity stayed with him into his adulthood.

Izumi Takuto was a genius soccer player who bore emotional and physical scars from his mother's murder attempt when he was a child. He spent his whole life keeping anybody from getting too close to him.

The story of how these two men met again and fell in love is covered in the OVA Zetsuai 1989. Bronze Zetsuai 1989 is the sequel. When Izumi leaves for soccer training in Italy without saying good-bye, Koji rushes to catch up with him at the airport. But on the way, he has a motorcycle accident that leaves him in a coma. Izumi is the only person who can bring him out of it, but he's not sure if he really wants to...

Cathexis is a collection of five Koji Nanjo music videos based loosely on Bronze, placing Koji and Izumi in all sorts of strange settings.