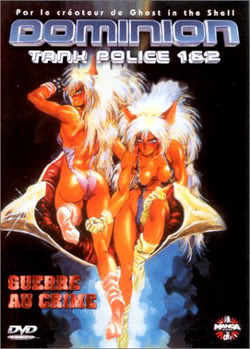 New-Port City has a problem with crime, and in order to combat this, the mayor orders the creation of a new police unit: THE TANK POLICE! Trouble ensues when the feisty Leona is transferred in from the motorcycle-division, and has a little problem getting used to the tanks (i.e.: how to drive them without demolishing buildings.), and accidentally destroys the personal tank of the units commander, Lt. Britain. Threatened with re-assignment to chilled-welfare, Leona builds, with the help of Al and the Chaplain, a new smaller tank out of spare parts. The new tank, christened Bonaparte by Leona, is finished just in time to stop Crime-Lord Buaku and his henchwomen, Annapuna and Unipima (aka, the Cat Sisters), from stealing urine from people who are un-effected by the poison cloud that hangs over the entire planet. Finally accepted into the Tank Police, Leona ends up causing as much, if not more, trouble then the others ever did. 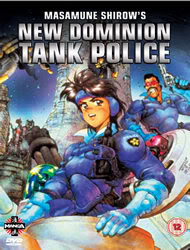 Leona, her tank and the Puma sisters are back for a new series of adventures in Kobe, Japan in the year 2100 A.D. With terrorism a constant threat in the ruins of Newport City, Leona and the Puma sisters lead the newly formed tank police as they try to regain control of the increasingly lawless city.