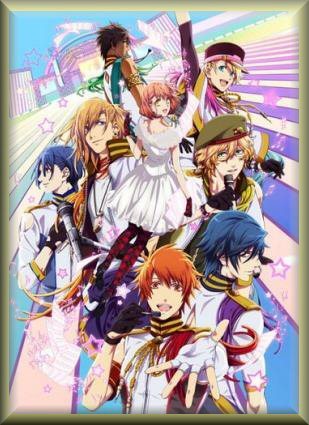 * Based on Broccoli's 2010 PSP romance game franchise Uta no Prince-sama for female gamers.

Due to her admiration of popular idol HAYATO, Nanami Haruka dreams of becoming a music producer. For this reason, she enrolls in the music producer course of Saotome Academy. At this Academy, she will be paired with someone from the idol course. Together, the pair will work together until graduation.

When she arrives at Saotome, she soon discovers that there are six extremely dashing guys she can potentially partner with.
this season continues where last season left off .... After the successful debut of the the 6-member group ST☆RISH and their songwriter Nanami Haruka, they venture into the mainstream entertainment industry by joining Shining Productions.