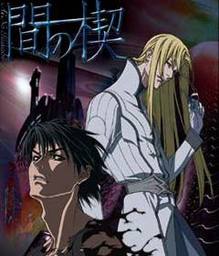 The story is set in the future on the planet named Amoi which is controlled by a supercomputer named Jupiter. Among the mostly male human population, the light-haired elite class is allowed to temporarily keep the dark-haired "mongrels" as pets. One elite member, Iason, encounters a mongrel named Riki in the slums and decides to take him in. However, Iason keeps Riki longer than it is socially approved, and rumors abound about their possible relationship.
This ova is to run 13 episodes ...showing date is at this time unknown

Any problems please post in the "not Playing" thread or VM me...files will be repaired ASAP
...please note the viewing permissions on our host have now changed ...most files in this section are now PW (pass-word) protected
PW=

i think the ova will be out on January 18