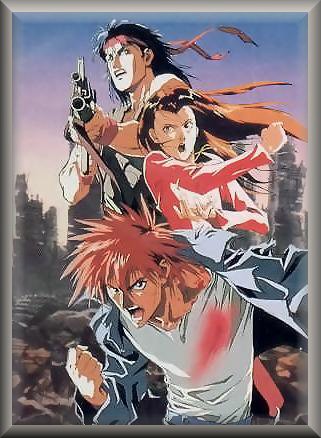 It is said that the warriors from two ancient powers would be resurrected in modern times to continue their fight. Sometime in the near future, Tokyo has been reduced to rubble. The gangs, controlled by a crime syndicate, have taken over the streets and only the toughest can survive. One man, Suga Takateru, must infiltrate deep into the crime cartel to save his sister, who has been kidnapped by the crime syndicate, but along the way he assembles the strangest and most unlikely bunch of fighters you will ever see.
This OVA runs a Single Episode and is rated 14+
Suikoden Demon Century
...Any problems please post in the "not playing" thread or PM me ...
***Please note this IS only loosely based on the PS2 games..the first game in fact***