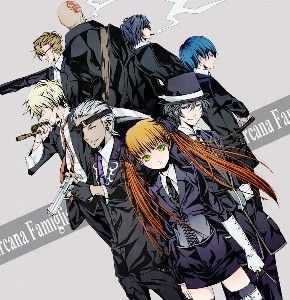 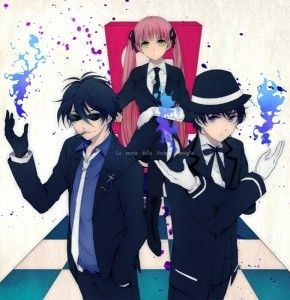 Spoiler:
The story follows Arcana Famiglia, a self-appointed organization with mysterious powers that has protected a small Mediterranean island from pirates, foreign countries, and other threats. The only daughter of the family's "Papa," Felicitá, will be married to the next head of the family in two months — and the successor will be decided in a competition that Felicitá herself will take part in.

The Animate.tv website confirmed on Friday that a television anime adaptation of La storia della Arcana Famiglia, HuneX and Comfort Soft's adventure game for female players, has been green-lit. The anime is listed for the summer

Spoiler:
The story takes place on the small island of Regalo in Mediterranean Sea. The island has been protected by a vigilante committee called "Arcana Famiglia". The members of the family have psychic powers gained by a secret ritual. Felicita is a 16-year-old girl who was raised by her strict mother. She visits Regalo to see her father who is the head of Arcana Famiglia. He tells her to become the leader of "Serie of Sword", the arbitrator section of the family. As one of the members of Arcana Famiglia, Felicita interacts with other handsome but eccentric members.

Re: Arcana Famiglia Game Gets Anime