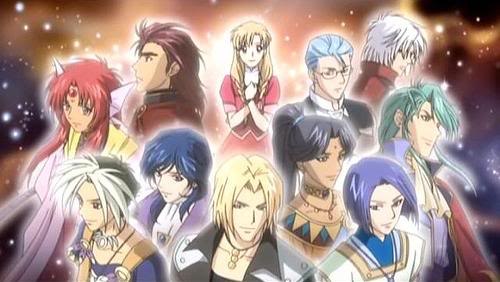 Continuing where the first season left off, the sudden increase of Thanatos with the disappearance of the Aube Hunters has now left Arcadia in ruin. Desperation reigns high as the Religious Organization fights to battle the Thanatos. Six months had already past since Hidamari mansion burned to ashes, the Aube Hunters, once hailed as heroes, is now blamed for the appearance of Thanatos. Nevertheless, hope still exists for the reappearance of the Queen's Egg one day, who will become the savior of Arcadia. Unknown to many however, the Aube Hunters have actually been silently waiting for the awakening of Angelique, who has been asleep the entire time.

This series runs 13 episodes ...and is the second of two seasons