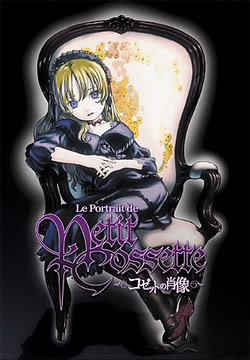 Cossette, a pretty young blond girl, was murdered in 18th century France by Marcelo, a painter who had fallen in love with her while producing numerous portraits of her. For more than 250 years her spirit lingers in a glass, waiting for a person who would be able to see and fall in love with her, thus providing an avenue for her freedom. Though she is reluctant to take the drastic actions necessary to gain her freedom, since it would mean the suffering and death of one who loves her, she sees her opportunity in Eiri, an antique shop employee who not only can see her but quickly becomes obsessed with her. The spirits of the objects which belonged to Cossette in life sense in Eiri the reborn spirit of Marcelo, however, and respond with great anger, threatening Eiri’s well-being. Can Eiri survive the curse of her objects and find a way to be with Cossette, or will his friends succeed in calling him back from the dream realm into which he is slipping? Does Cossette herself value her freedom enough that she is willing to allow Eiri’s suffering to happen?