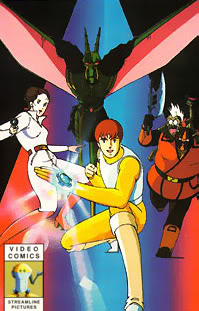 Kim is living a peaceful life with his father as a farmer on their planet until one day when a runaway spaceship is detected moving at a high speed towards his father’s farm. To rescue his father Kim jumps onboard the ship and manages to land it safely before it crashes. On board the ship he finds a severely Injured lone survivor whom with his dying words begs Kim to take something of his to the Galactic Fleet. He then transfers something that was attached to his arm onto Kim’s arm. The thing was a Lens and its transferring should have been impossible and having it has turned Kim into a Lensman. Other than giving Kim unknown powers it also contains vital information for the victory of the Galactic Fleet over the evil Boskone Empire. Kim must now using the spaceship Britannia bring the Lense to the Galactic Fleet. But this is not an easy task when Lord Helmet of the Boskone Empire is willing to use everything in his power to stop him.