Descendants of Darkness/Yami no Matsuei 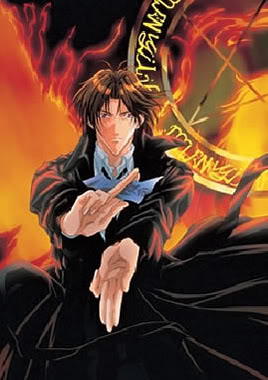 The Shinigami are the gods of death, the beings who guide the souls who have been recorded into the Register of Souls to Hades the world of the dead. They are the employees of the Summons Division, which is an office directly under the control of Enma, the Emperor of the Underworld. The series focuses on one of these Shinigami named Asato Tsuzuki the most powerful, but loveable, laid-back and troubled of them all. Many stories chronicle the mysterious cases they are called upon to deal with, when souls who have appeared on the Register have for some reason not yet died and are often serious and sad. Other stories deal with their off-time play, and these are sweet and funny. A strong focus of the story are the characters themselves and their feelings about work, and about each other.
Categories

This Series Runs 13 episodes and is rated 14+