Kuroko is a member from the legendary middle school basketball team known as "The Generation of Miracles", and while nobody seems to know about him, the main 5 players of the team all admit that he is a better player. When he joins the high school basketball team, everyone is surprised to find out that he is small, weak, and easy to miss. What is the secret that makes him so strong, and how will he help his high school team? 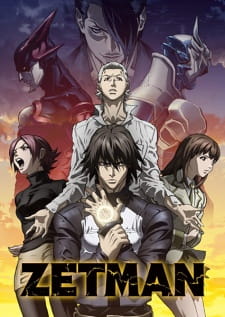 The story starts off with a face-off between two rival heroes, ZET and ALPHAS, and then traces their origins - Jin Kanzaki, a young man with the ability to transform into a superhuman being known as ZET, and Kouga Amagi, a young man with a strong sense of justice who uses technology to fight as ALPHAS.

The fates of these two men and those around them intertwine as they fight to protect mankind and destroy monstrous abominations known as Players, who ironically are the creations of the Amagi Corporation, the company founded by Kouga’s grandfather, Mitsugai Amagi.

Oreki Hotaro is a high school boy, who always acts passively. One day, he enters "Koten Bu (Classic Literature Club)" as recommended by his elder sister.

There he meets Chitanda Eru, Fukube Satoshi, and Ibara Mayaka. Chitanda is a calm beautiful girl but she turns into an embodiment of curiosity once she says, "I'm interested in it (Watashi, Kininarimasu)". Fukube is a smiling boy with a fantastic memory, he never deduces anything on his own. Ibara is a short girl and is strict with others and herself. She loves Fukube, but he always dodges her approaches.

They begin to investigate a case that occurred 33 years ago. Hints of the mystery are buried in an old collection of works of the former members of Koten Club. The collection is titled "Hyouka".

The story takes place in Seikyou Private School. A facility that consists of multiple buildings that connect together to accommodate both junior and senior high school students. Sixty years of ongoing renovations and expansions have meant most of the old inner structures have been sealed and abandoned. Classrooms turned into storage rooms, staircases no longer in use, hallways like dark alleys. With the existence of such a maze-like building, it is only natural that rumours of the paranormal would appear.

One day, a mysterious girl named Kaguya was washed ashore the island of Wyndaria after a great storm. She encounters Rick, a swordsman who wound up working at the island's bakery. Apparently, Kaguya is suffering from having lost her memories and emotions. In addition, the usually peaceful Wyndaria is now swarming with pirates who came seeking for the special spirit stone that is worn around Kaguya's neck. Knowing the situation, Rick and his co-workers, Nellis, Amyl, and Aerie decided to bring back peace to island and help Kaguya regain her lost memories and emotions.

Yuki Sanada is a high school boy who cannot communicate with people well and doesn't have a single friend.
He lives on Enoshima island with his French grandmother. One day, he meets a boy named Haru. Haru calls himself an alien who visited the Earth for fishing.
Another high school boy, Natsuki, and a mysterious Indian, Akira, join the two and the island becomes the center of the event which determines the fate of the world. 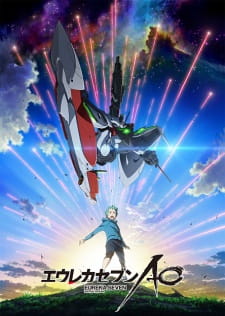 The story is set on Okinawa's isolated island of Iwado, which has seen a growing movement advocating a return to an autonomous government. Ao Fukai, a 13-year-old boy with a missing father, lives on the island with an old doctor named Toshio and is about to enter middle school. Ao's mother was taken away a decade ago by unknown individuals. Naru Arata, Ao's 13-year-old childhood friend and the story's heroine, lives with her father, older sister, and grandmother. She has a "Yuta" power awakened within her due to an incident when she was young.

Because of his father’s job situation, freshman high school student Kaoru Nishimi moves by himself from Yokosuka to Kyushu to live with relatives. Until then, Kaoru was an honor roll student who tended to keep to himself, but meeting notorious bad boy Sentaro Kawabuchi starts to change him. Through his devil-may-care classmate, Kaoru learns the attractions of jazz and finds the first person he can call a “friend”. He also discovers how much fun it is to play music with a pal....

Furuya's obsessed with zombies. He collects any figurines, watches any movie, and plays any game with the living dead, and is even only interested in zombie girls. When his cat dies, Furuya begins trying to raise it from the dead using an ancient book of the occult he bought from a shop. But what will happen when he sees the idol of a nearby all girl's school walking close to where he conducts his experiment, wishing to die and be reborn as a different person? 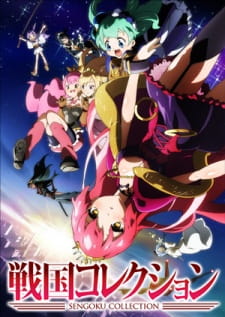 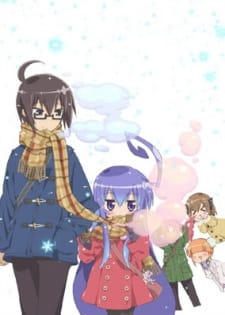 Wouldn't you just love to poke in a relationship between two young high schoolers who have a subtle distance between each other? Of course you would. Tsumiki and Io have this subtle distance that anyone would want to jump in between just to bug them. That's what the other characters are there for. Tsumiki, being a tsundere and all, won't be honest about her feelings toward Io. Io on the other hand is unaware of Tsumiki's feelings, hence the subtle distance between the two. Now, let's watch these two and see what events await them...

One autumn day in 2046, Haruyuki has an encounter with Kuroyukihime, the prettiest girl in his school. For the middle school boy who is often bullied, the meeting changes his life. Through a mysterious piece of software from her, Haruyuki learns of the existence of the virtual Accel World. In that moment, the lowest of the "school caste" becomes "Burst Linker", a knight defending a princess. As one of the company's unofficial weapon sellers, she secretly sells weapons in many countries while avoiding the local authorities and law enforcements as most of her work is actually illegal under international law. Traveling with her is her team of bodyguards who are mostly composed of ex-military veterans.

Her latest addition to her crew is Jonah, a seemingly emotionless child soldier who is skilled in combat yet ironically hates arms dealers. Jonah joins Koko as he wishes to find the arms dealer responsible for his family's death.

What follows is Koko and her crews escapades around the world.

One day, a strange transfer student appears before Tsubaki. Urabe Mikoto is an antisocial girl, whose hobby is just sleeping during class-breaks. One day, Tsubaki goes to wake her up and accidentally tastes her drool... And gets hooked on that!

After that, he starts going out with her and gets to know her better. Her second hobby, as it turns out, is carrying around scissors in her panties and cutting paper into flowers... 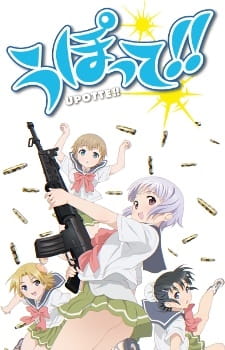 A teacher is looking for a school by the name of Seishou Academy, as he is a new transfer teacher for that school. Seishou Academy is known for having students with excellent marksmanship. However, he gets lost along the way and decides to look for someone who knows where the school is at a summer festival.

He encounters a girl at a shooting range and finds her marksmanship skills to be professional. The girl tells the new teacher that she is an assault rifle, not a student. Her name is FNC and is an assault rifle of Seishou Academy.

The new teacher attends school the next day to find students, including FNC, practicing shooting M16s and realizes that he has come to an unbelievable school. How will his experience be at Seishou Academy? 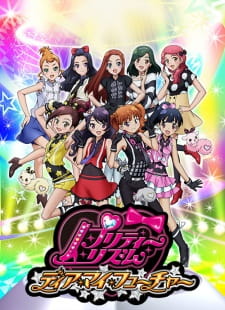 Three years after the events of "Pretty Rhythm: Aurora Dream", Aira, Mion and Rizumu have grown up and tutor a new group of aspiring idols: Karin, Reina, Mia and Ayami, who form the Prizmmy☆. Teenage girls from Korea, named Somin, Shiyoon, Haein, Chaekyung and Jae Eun (who are the Kara), appear as a rival group. The story follows a boy who was in a soccer team, but it was disbanded due to not enough players. However, after the boy meets a female professional soccer player, he aims to bring his soccer team back. 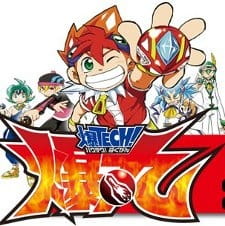 Bakugan is the card game for a new generation. In "Baku TECH" passionate warriors fight each other and risk their life for Bakugan. 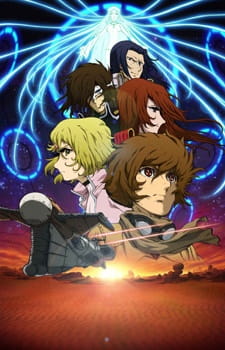 In the far future, the elevated irradiation from the sun has destroyed the environment of the earth and the birthrate of humans has drastically decreased. The government controls society with an army of cloned soldiers called "Ideal Children (IC)". Sam Coin is a trader in a desert. One day, he saves a beautiful woman Maya, who has been chased by Theseus, a corps of IC. He shelters her in his trade ship, but the destroyers of Theseus surround Sam and Maya 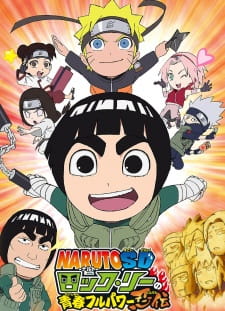 Comedy anime about a polar bear that runs a cafe with 3 regulars: a panda, a koala, and a penguin.

Miyagawa Atsushi is an 11-year-old boy who is 180 centimeters tall. Since he has a grown-up looking build but acts his age, he has always been running into troubles. On the other hand, his 17-year-old elder sister Atsumi is only 137 centimeters tall. Even though she has a childish looking build, Atsumi takes good care of Atsushi. 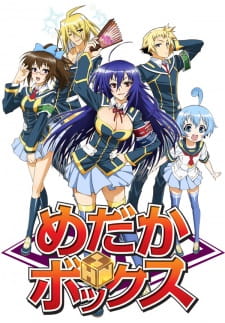 Kurokami Medaka, a first year, is elected as Student Council President, and the first thing she does is establish a suggestion box, later dubbed by students the "Medaka Box". Medaka encourages students to submit any problem to the box without hesitation and promises to take on any issue from anyone.

Now the Student Council members spend their days solving the problems submitted through the Medaka Box, whether they be hooligans in clubs where they don't belong, girls who need help writing love letters or people who've lost their pets, gradually earning the respect and admiration of the entire school.

Aikawa Ayumu is a normal high school boy. One day he is killed by a serial killer and revived as a zombie by a necromancer Eucliwood Hellscythe. He starts to serve Eu as her guard but he happens to deprive a maho shojo Haruna of her magic power. Haruna orders Ayumu to fight against anti-mahou shojo system "Megalo" in her place. 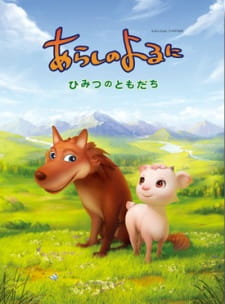 This is all for today more to come